I Know at Least Half of My Advertising Budget Works… 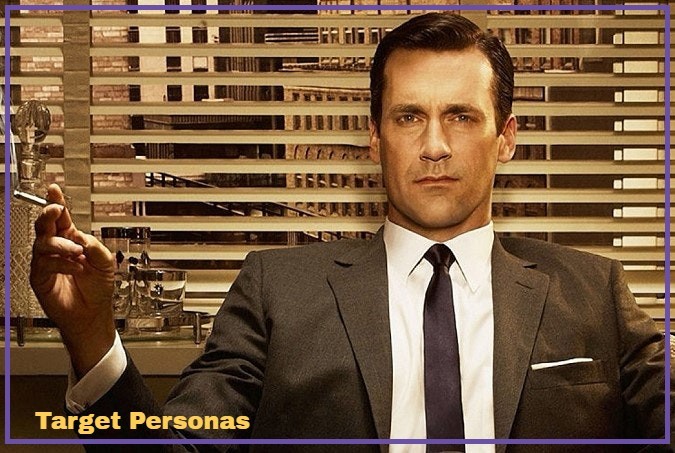 I was reading an article on how Math Men beat Mad Men due to having access to big data of up to 40,000 data points for 200 million American adults.

It got me thinking about Henry Ford’s famous quote; “I know at least half of my advertising budget works…I just don’t know which half.”

Many successful marketers have said similar things. A hundred years ago, John Wanamaker, a Philadelphia retailer whose stores eventually became part of Macy’s Department Stores,  famously said, “I know my advertising is working. I just don’t know which half.”

I think similar quotes have been attributed to true Mad Men of the 60’s.

I know at least half of my advertising budget works...I just don't know which half. Click To Tweet

Some people will tell you the percentage of advertising that is working is much lower than 50%.

All people will tell you that improving our marketing is a good thing.

I think we should also define what “working” means.

Broadly, did we make a sale as a result of that ad?

It depends on where the ad was seen, what the ad said and how often they were exposed to the message. (Reach and Frequency)

The right ad in the wrong newspaper contributed to Wanamaker’s lack of sales. The wrong ad on a direct mail piece or radio spot also would not have helped sell his furniture, clothes and gimcracks.

“I know at least half my advertising budget works?” You can and must do better than that.

John Wanamaker was a devout Christian and refused to advertise on Sundays, which may have had an impact on his Reach & Frequency. Ads in Sunday papers were very important early in the 20th century. He also did not run radio ads on Sundays.

Trivia: Actor James Cagney worked at Wanamakers in the New York City as a package wrapper, while working on his acting career. A fellow clerk told him about the audition that led to him leaving the store for the theater.

With the big data available today, allowing for more precise targeting, including buying behavior, sellers can increase from 50% to much higher conversion rates. Knowing more about your target market and prospects let’s you know more about what they want, what words they use, what emotions they show, what their previous buying behavior reveals.

Where they hang out, so you can engage them.

And advertise to them.

That information can also be used in crafting the ad copy and the landing page content. With the Internet, we also have the ability to split-test ads before releasing them en masse. We’ll talk about that in a future post.

You can segment your Target Personas many ways. Customers vs. non-buyers, men vs female, young vs. old, location, income, ethnicity, interests, etc.

One of the best ways to segment your prospects and clients is by their interest in you, your brand and products & services.

For example, I wrote an article on Quintile Analysis a while back. During my career as a radio programmer at an NBC station in Chicago we determined that it was much easier to get the top 20% of our listeners to listen more than to get the middle or lowest 20% of our cumulative audience

to listen more often or longer, which would improve our ratings and thus the prices we could charge for advertising.

That’s important when considering your Target Personas. Our top quintile of listeners were very loyal. They cranked up the station and then broke the knobs off.

Our third or middle quintile audience may have listened a decent amount of time, but only because it was what was on at work or what a friend often played. Or maybe 1st quintile listeners loved the adult contemporary music we were playing, but their second favorite was country music. Or maybe they listened to us most but also listened to Chicago Cubs baseball on another station. 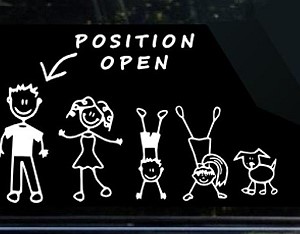 The least loyal slice of the audience probably only listened because that’s what their wife, husband or roommate wanted to hear while in the car together.

You could find similar ideas in stores your family shops at. Mom may have her favorite store or shops at a specific grocery store because that’s her job. She might also spend some time at the Celtic gift shop in town. Or the liquor store.

Dad may never (or rarely) go into a grocery store, but he can often be found at the hardware store or maybe where he buys supplies for his hobby.

Just like members of a average family of 3.14 people listen to different types of media or radio stations, the same family shops at diverse stores or prefers different restaurants.

Segmenting goes on all the time, whether it’s SalesForce or LinkedIn. At the very least, businesses may want to tag prospects using LinkedIn’s standard company size codes:

Can you see how even this simple tag can impact your decisions on targeting and communicating? Wanamaker could only target using mass media. If he could have focused more, then more than 50% of his ads would have been working. 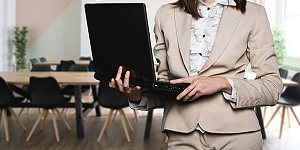 Acquiring a client for life is much more beneficial than making a single sale. It’s easier to sell to someone familiar with your brand than to find and educate new customers. Your brand loyalists like YOU and the others not so much.

Marketing professor Peter Fader has narrowed down focus from mass marketing to targeted marketing and understanding Customer Lifetime Value. Like the 80/20 rule that says 80% of your sales will come from 20% of your prospects, he says a small portion of current and potential customers, based on the type of loyalty I described in Quintile Analysis above, account for a vast majority of your profitability.

So what is an individual customer worth? That should be a key driver in how you influence different lead opportunities.

So what is an individual customer worth? What is the lifetime value? That should be a key driver in how you influence different lead opportunities. Click To Tweet

How much is a sale worth to you?

What is the lifetime value of that customer?

How will you profitably find more of them?

It’s important to treat customers differently based on previous behavior or other metrics. We consumers tend to maintain our behavior. Segment your sales opportunities into high, medium and low value customers and treat them accordingly.

Embrace high value customers. High value customers (think Apple Fanboys) want to give you input and advice. Your approach should be in building relationships with them. They want to know Features and Benefits.

Work to get medium value clients into the high value category. Invite them to the next level. Show them solutions that feed their emotional needs. Disrupt their preexisting opinions and values.

Ignore your lowest value prospects. They’re just not that into you. 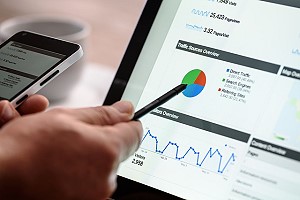 Back in the day, John Wanamaker and others really only knew how many ads ran in which newspapers or what mailing lists. That’s why they all said, “I know at least half my advertising budget works. I just don’t know which half.”

With the advent of websites and digital marketing, we can learn so much more, even what newspaper ads and direct mail pieces are working and which aren’t by tracking hits to landing pages or even sales of specific items.

We know if traffic is coming from paid ads or blog posts and content marketing. We know if we’re getting referrals from the chamber of commerce, Yelp, YouTube, Twitter, someone’s blog and Facebook. (And more than 6,000 other social media sites.)

We can determine the ROI of each activity. We know what to scale and what to abandon.

15 SEO Mistakes That Hurt Rankings
Core Desires of Your Target Audience
Website Success Call Sheet
What is Predictable Revenue?
Are you struggling with your business?